The United Kingdom was a conqueror by nature, but today it remains to conquer the hearts of many. Historically, it is divided into four constituent countries namely, Wales, England, Scotland and Northern Ireland,

Situated in the Thames Valley is the capital of UK and its biggest city, London, which is a global city and an economic hub with an urban population encompassing over 10 million.

This gives London the title of the fourth-largest in Europe and second-largest in the European Union before Brexit. The other main cities in the UK includes the cities of Manchester, Cardiff, Edinburgh, Birmingham, Glasgow, Leeds and Liverpool.

The close by Isle of Man, Bailiwick of Guernsey and Bailiwick of Jersey are not part of the United Kingdom. Instead, they are Crown dependencies that rely on the British Government for defence and international representation.

Literature plays a significant role in the rich culture of Britain. From the mystical Nessie to the numerous theatrical masterpieces written by the enthralling Shakespeare, Britain has a piece to mesmerise you.

Although Britain is blessed with many human-made wonders, few can rival its natural beauty. Dotted around the United Kingdom are the AONB(Areas of Outstanding Natural Beauty) which are the highlights of UK’s natural beauty. These include Lake District, Nidderdale, Binevenaugh, Isle of Wight, Anglesey, Tamar Valley, Llyn and much much more.

Back in the 16th century, the United Kingdom was created because there was no heir to the English throne(Elizabeth I was childless), so the Scottish monarch James VI was the best bet as he was a direct descendant of the royal family. Therefore, the name “United Kingdom” stuck.

What makes it all the more medieval was the fact that the very Scottish king’s mother, Mary Queen of Scots, was beheaded by his predecessor, Queen Elizabeth I, who is the cousin of Mary Queens of Scots.

The United Kingdom has fourteen Overseas Territories which were the result of the vast British Kingdom throughout its rule during its peak in the 1920s.

British influence is still reflected in the language, culture, infrastructure and legal systems of many of its former dominions.

A backbone of Imperial Britain was East India Company which was formed in search of the exotic goods from the Orient and the Caribbean. This company grew prosperous and had de facto ownership over an entire subcontinent.

The company almost gained a monopoly over half the world’s trade. Through trade in commodities including spices, cotton, silk, indigo dye, salt, saltpetre, rubber, tea and opium, the company became the power of the century and defining Britain as a force to be reckoned with.

Three of the biggest turning points in Britain’s history was the Protestant Reformation, Norman Conquest, and the English Civil war which resulted in captivating moments of history.

The turning point that pushed the entire Britain to join other Protestant countries was Henry VIII’s love for Anne Boleyn. He went great extent to have an annulment of marriage from his wife Catherine of Aragon to marry Anne Boleyn.

Roman Catholic church had restrictions over divorce, so he separated the Church of England from papal authority to initiate an English Reformation, which enabled him to marry Anne Boleyn, whom he later chose to behead to marry Jane Seymour.

The footholds of England becoming a unified state arose when William the Conqueror who was the Duke of Normandy conquered England and Wales. During the period between the 1050s and 1060s, William became a contestant for the throne of England, as his predecessor Edward the Confessor was childless, who was his first cousin once removed.

Afterwards, England came under his rule meaning that England was under French domination. One of the many legacies we have of his dynasty is that around 30% of English is French.

The English Civil War between 1642–1651 was a series of conflict and political machinations between Parliamentarians (“Roundheads”) and Royalists (“Cavaliers”) over, primarily of the manner of which England was ruled.

The war ended with the Parliamentarian victory at the Battle of Worcester in September 1651. This led the UK to become a republic, but later the monarchy was restored under different terms.

The aftermath of World War II in 1945, UK became one of the five permanent members of the United Nations Security Council. Over the following three decades, most colonies of the British Empire got their independence with many becoming members of the Commonwealth of Nations.

Britain is not Britain without its English tea. As a result of being omitted from the European coffee trade, tea became their number one drink. Due to the historical significance of tea, nowadays, Brits drink 165 million cups of tea every day.

The UK, today with its large economy, is a great power with considerable economic, cultural, military, scientific, and political influence internationally, which is a destination that never fades.

The United Kingdom has epic past fuses with the extravagant present and the extraordinary hopes of the future. 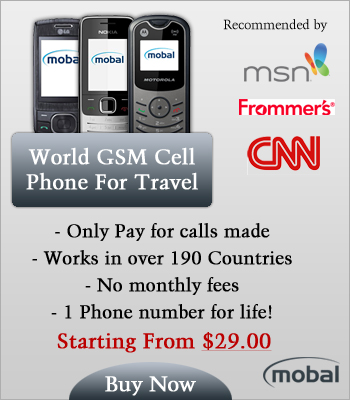 Official Language: English is the primary language spoken in the United Kingdom. However when visiting Scotland, Wales and Northern Ireland you may come across their native languages, Gaelic, Welsh and Irish respectively.

There are also a wide variety of dialects and accents in UK English that may prove hard to understand.

Google Translator is a useful tool for foreign speaking tourists.

Emergency Services: In the United Kingdom, if you need to call the ambulance, police, fire brigade or the coast guard, dial 999 and 112. To notify police for a non-urgent crime dial 101.

Emergency services are usually called after witnessing or being involved in an emergency. Both numbers can be reached without the need for a phone card or money, and there is no priority for either of the numbers.

Driving: Driving in Britain is on the left-hand side. All pedestrians need to be alert that when crossing the street, you have to look right first, then left. According to the strength of your license, your current full and valid driving license is sufficient to drive in the UK. An international driving permit is needed if the license isn’t printed in English.

International Driving Permit (IDP) is a document recognised internationally; it wouldn’t be disadvantageous to keep one if you intend to drive overseas as it would be a useful travel document.

Car insurance can be expensive for non-UK license holders.

You must also keep proof of vehicle ownership or rental agreement in your vehicle, plus any insurance documents.

The seat belts are compulsory for drivers and passengers. Infrastructure is one of the best, the roads are well marked, and rules are pretty strict.

Public Toilets: Public restrooms are open to the public throughout Great Britain. Public Toiletmap highlights the services where they are located and their opening times. When you are on the go, download an app called Flush on the smartphone to see the nearby toilet.

Electricity & Voltage Information: Electricity is 230V, 50Hz, and Type G for England. Drawings of electrical plugs and outlets: Electrical plugs. Check the footer of this page for other regions and territories.

All foreign nationals are advised to take a travel and health insurance to ensure guaranteed medical care provided by the NHS. Under urgent circumstances, you will still be provided medical services. Keep in mind, if your country has a reciprocal arrangement with the UK, you receive free or discounted medical services.

Customs and quarantine: You can bring your dog, cat or ferret into the UK without quarantine as long as they meet the rules of the Pet Travel Scheme (PETS). There are no restrictions on bringing pet rodents, rabbits, birds, invertebrates, amphibians and reptiles to the UK from other EU countries.

As long as the products are from EU and free from pests and diseases, you can bring vegetables, fruits, dairy, meat, or other animal products (e.g., fish, eggs and honey) into the UK. This is applicable when you are travelling from a country within the EU for personal use.

Restrictions as to weight and quantity apply if you bring in food from countries other than EU or even banned altogether for certain food products and some require a ‘phytosanitary’ (plant health) certificate.

You can bring milk, dairy products, meat, meat products or potatoes into the UK if you are coming from Iceland, the Faroe Islands and Greenland. The laws may change notably those concerning the EU. Entering the European Union: Banned and Authorised Foodstuff will give you further information.

Measurement: Britain uses the metric system and to an extent the imperial system. Click here to make easy conversions.

Tipping: Tipping in Britain is customary but depending on the circumstances. It is polite to tip cab driver and in particular cases waiters and waitresses (excluding takeaway, self-service, and fast food) 10 – 15 % of the charge of Bill. However, it is not needed in hotels and bars where there is usually a service charge. An exception to this is porters.