France’s role as one of the world’s greatest epicentres of culture and art keeps it as an ideal destination where people from all walks of life and all corners of the globe can encounter the true meaning of travel. Speckled with artistic cities around France, France is no stranger to contrast.

France’s beauty stretches from the azure coast at the feet of the Riviera to the valleys of seclusion and scenery that sit at its heart. Characterised by the luxuries of food, wine, and living, France does indeed live up to its expectations.

Once the nurturer of the renaissance, is still considered as one of the powerhouses of the modern world both economically and academically. There is no better place to pamper yourself than France.

The French culture spread across Europe among elites as it was considered so gorgeous. English is almost 30% French because when England was part of French control, it was found to be desirable. Captivating, classy, and always romantic France is quite frankly where love truly flourishes.

A day in France is simply incomplete without a sip of wine. The beginning for wine in France goes back to the 6th century BC. Most of France’s regions began with Roman influence. French wine fits everybody’s palate, ranging from the everyday wines to the ridiculously priceless age-old wines.

Of all the gifts given to the world by France, few can rival its intricate architecture which never ceases to enchant all who set eyes on it.  French Baroque style is the name given to the architectural style which peaked during the reign of Louis XIII, Louis XIV and Louis XV.

Sooner, French Baroque greatly influenced and dominated the architecture in 18th-century secular design throughout the European world. For instance, the Palace of Versailles and the Jardin à la française was emulated by other courts all over Europe. This design gives France its unique yet quaint charm to be idolised around the world.

Similar to its design, the world of French music also has a unique charm. Over 20 symphony orchestras are spread around the country. The first recording device was also patented first in France.

The oldest suggestions of human life in what is now France date from is approximately 1.8 million years ago. Humans were then threatened by a harsh and unreliable weather, marked by several glacial eras. Early hominids were nomadic hunter-gatherers.

An example of the prehistoric legacy is the considerable amount of painted caves from the upper Palaeolithic era, including one of the most renowned and best preserved: Lascaux (approximately 18,000 BC).

Frances great influence stemmed from centuries ago when this compelling country was born out of the ashes of the once mighty Roman Empire. What brought the country together was the rise of Christianity. Over time, the Franks encompassed the Catholic Gallo-Roman culture and its traditions.

Ancient Gaul has eventually been renamed to Francia meaning “Land of the Franks”. The Germanic Franks assimilated with their Roman occupiers which is revealed by the fact that French is a Romanic language. This adoption, however, didn’t quite reach the north where Germanic languages emerged.

Clovis(481-511) united the Merovingian dynasty and made Paris as his Capital which was established by his father Childeric I (457 – 481). Merovingian dynasty didn’t survive his death. Lands were divided amount the heirs and formed four kingdoms namely Paris, Orléans, Soissons, and Rheims.

The Merovingian kingdom was ended in 752 and Carolingian monarchy began, where the son of Pepin, Charlemagne (768 –  814) reunited the Frankish kingdoms to build a vast empire stretching across Western and Central Europe. This was recognised by Pope Leo III, and Charlemagne was crowned as Emperor of Romans in 800. Charlemagne known as Charles the Great was called the father of Europe. He ensured the survival of Christianity and recuperated the Western Roman Empire with cultural and intellectual opulence.

Charlemagne’s son, Louis I, managed to keep the empire united until his death. The royal power was most influential during the time of Louis XIV at the Palace of Versailles. With the onset of French Revolution Louis XVI was killed in 1793 as the last king of Bourbon Dynasty.

France grew into what was the most populated country in Europe and had an incredible impact on Europe’s politics, economy, and culture. French became predominant language in science, literature, diplomacy and, international affairs which endured till the 20th century.

France’s natural beauty also exceeds many expectations. Possessing some of the glamorous beaches to the ethereal Alps, France is dressed to impress. Like her diverse people, the variety of natural wonders in France is unimaginable.

A legacy of Imperial France is the overseas territory which makes France spread from the Caribbean to Antarctica. What many consider France is only metropolitan France, but in reality, it encompasses a vast land in South America called French Guiana, several islands in the Caribbean, Indian and Pacific oceans and finally a de facto territory in Antarctica.

Ultimately, as the French say there’s that certain je ne sais quoi (a quality that cannot be explained) about France. 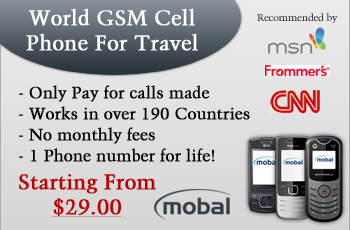 Language: French is the only primary language spoken in France. However many citizens speak English and other European languages.

In Alsace, they speak a dialect of German called Alsatian. In parts of Aquitaine, Basque is spoken. In Provence, Provençal is likely to be spoken in Corsica, a type of Italian is spoken.

Keep in mind Standard French is a Lingua Franca, in other words, a common language.  Google Translator is a useful tool for foreign speaking tourists.

For Area codes by city check the footer of this page

The start of Daylight Saving Period for Saint Pierre and Miquelon is on the First Sunday in November at 02.00a.m, and the end is on the second Sunday in March at 02.00a.m.

Emergency services: The general number for all emergency is 112 which is also the EU number. All emergency numbers can be reached from any pay phones, without the need for a phone card or money. English may be spoken however there is no guarantee. Also, you can call 17 for police, 18 for fire and 15 for an ambulance.

Driving: Similar to most of Europe, driving is on the right-hand side of the road.

Public Toilets: Often there aren’t many public restrooms open to the public throughout France, unless in the vicinity of attractions, hotels, railway stations, restaurants etc.  WC Publics highlights the services by town, about the exact location and the opening times. This website is accessible on Mobile devices. It is frowned upon in France not to buy something when using a toilet in a bar or restaurant.

Travel Health Insurance: Travel insurance covers lost baggage, travel documents, cancelled/delayed flights and overseas medical treatment. Foreign travellers are highly advised to have travel health insurance organised before entering France. It is also recommended to get a Schengen insurance as you can visit most countries in Europe.

Customs and quarantine: Check for medications and food (meat and fish in particular) before your departure regarding the provisions applicable both with regards to your destination country and for your return through France. Counterfeit items are Chemical and toxic substance, explosives and flammable substances, self-balancing devices, blunt objects, weapons and sharp objects, firearms, animal products, etc.

If you have cash, securities, or negotiable instruments equal to or greater than €10,000, you must declare it in Customs.

As long as the products are from EU and free from pests and diseases, you can bring vegetables, fruits, dairy, meat, or other animal products (e.g., fish, eggs and honey) into France. This is applicable when you are travelling from a country within the EU for personal use.

Restrictions as to weight and quantity apply if you bring in food from countries other than EU or even banned altogether for certain food products and some require a ‘phytosanitary’ (plant health) certificate.

You can bring milk, dairy products, meat, meat products or potatoes into the UK if you are coming from Iceland, the Faroe Islands and Greenland. The laws may change notably those concerning the EU. Entering the European Union: Banned and Authorised Foodstuff will give you further information.

Tipping: Tipping is not necessarily a custom in France. Service workers are paid decently if you wish you can tip when a fantastic job is done.

As a gesture, many also tip porters, valets, bartenders, waiters and taxi drivers. Tipping is becoming more common in the more tourist areas so go ahead.